LuxOC fielded a record four squads and did respectably well in other classes, too. In the men’s Open category, Yevgeny, Sasha and Ondra finished eighth, beating a number of elite Belgian orienteers. In the women’s Open, Gabi, Agne and Anne-Laure came in seventh. The men’s Masters A team sadly was not classified due to a control mixup on one of the legs. Meanwhile, Jan teamed up with SudOLux, who finished eighth in a Masters A race won – somewhat surprisingly – by Michael Hock’s ARDOC.

The championships took place in Les Fosses, some 45 minutes away from Luxembourg, on the southernmost part of an eponymous map which had never before been used for an official event. The terrain was a typical Belgian mixture of pale and deep green, with vegetable boundaries barely discernible and one or two areas where finding anything at all was down to pure luck – some competitors dubbed the race a “guessing game.” 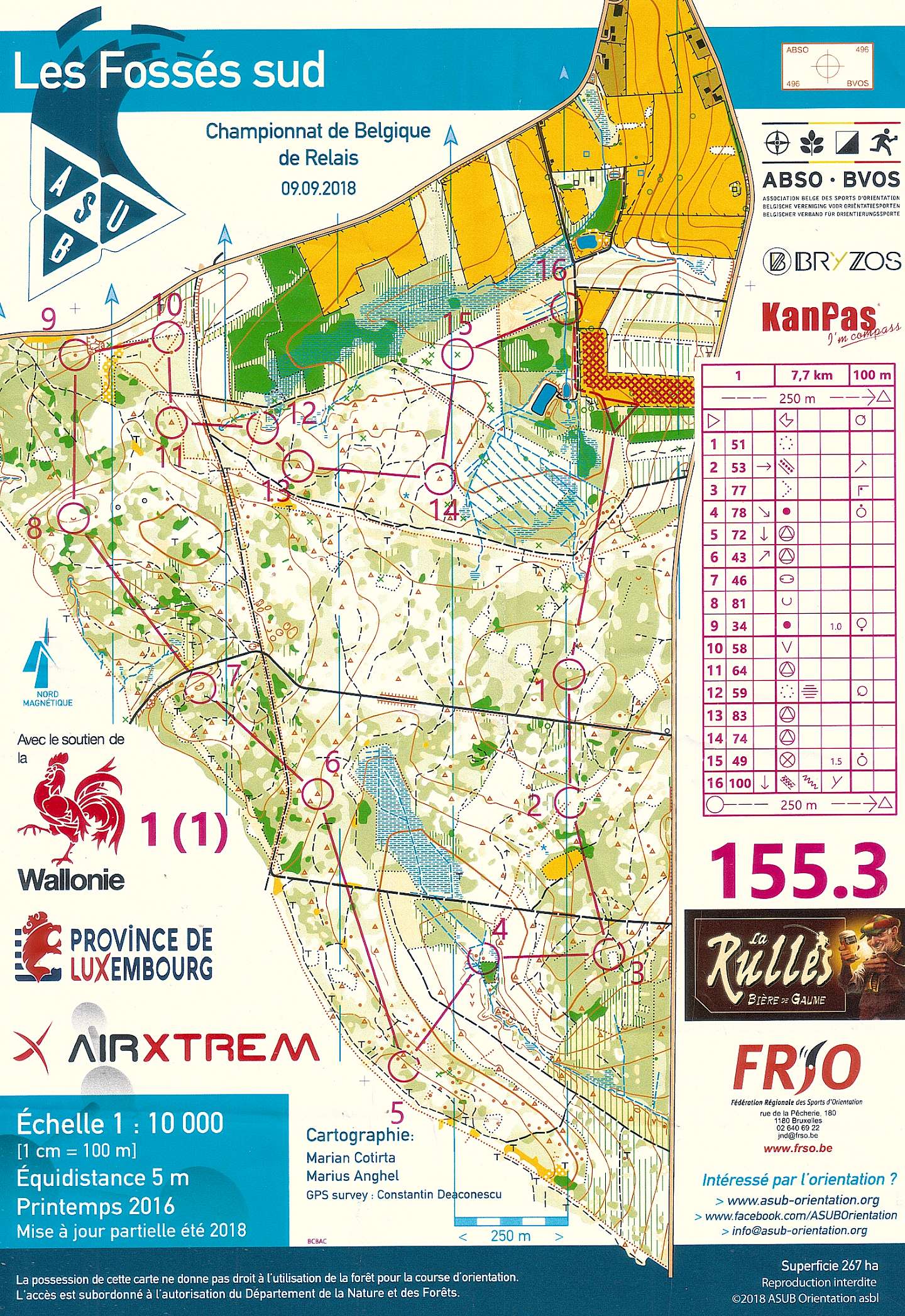