Who are Luxembourg Orienteering Club?

We aim to get together regularly every two or three weeks, to enjoy some orienteering training in the parks around Luxembourg Ville, or to take part in informal urban races. When in a park, our training includes easy, fun racing for children. We share information about forthcoming orienteering competitions organised elsewhere in the Grande Region, and meet at these events.

We now have around fifty members, including over twenty families. Many of our members have moved to Luxembourg from other countries, and some have been orienteering for decades.

We held our own first open orienteering event – the Luxembourg City Race – in November 2017, with over 300 participants. In October 2021 we organised a weekend of orienteering, with a forest event in Bambësch, followed by another Luxembourg City Race. This attracted nearly 500 entrants from over a dozen countries, and was successful beyond expectations. The area used for the City Race, covering the historic city centre, Grund and Drai Eechelen, is now widely recognised as some of the best competition terrain in Europe for urban orienteering.

In June 2022, we entered teams for the Venla and Jukola relay competitions in Finland. This combined event is the world’s largest, attracting over 3,500 teams and 20,000 participants. Both our 4-woman and 7-man teams placed in the top quarter of the results, showing that we can compete internationally on level terms with large, long-established Scandinavian clubs.

Orienteering is a sport that combines both a physical and a mental element. The basic idea in orienteering is to proceed from course start to finish by visiting control points in a pre-determined order, with the help of map and compass. There is no set route between control points: the challenge is to use the map to choose and execute the best route. In an orienteering race, athletes must run at speed through the terrain, with the winner taking the fastest elapsed time to complete the course. As with downhill skiing, in most races runners each start at a different time, rather than all together. What is unique to orienteering is that an orienteer must navigate alone and make quick route choices, often while moving at high speed.

Orienteering is essentially a forest sport, but nowadays features a variety of different formats, either staying close to the sport's roots with “classic” distance racing over 60 minutes or more in forests or on mountain moorland, to the more recently developed sprint, and urban or park formats. The orange and white flag that is the emblem of the sport, and which marks every control point, is used by all formats. With the use of electronic timing at every control point, and GPS tracking of runners, orienteering has in the last ten years become a sport much more visible to audiences, with real time broadcasting on television and the internet.

From its roots in Scandinavia in the mid-20th century, competitive orienteering has grown to be a world-wide sport. The International Orienteering Federation was recognised by the International Olympic Committee in 1977, and now has over 75 nations affiliated.

Orienteering is a low-cost sport suitable for each gender and all ages. Courses of varying lengths are offered to match age and aptitudes. In many countries, orienteering has marketed itself, with good reason, as a true “Sport for All”.

Elite international competitors are distance runners of the highest levels of strength and fitness. Some of the most intense competition is also between wiry veterans with thirty years or more of experience. But orienteering is open to anyone who is physically active - the sport attracts both young children just old enough to read a map, and men and women of middle age or older who simply wish to move slowly through unspoilt woodland while enjoying the intellectual challenge of route-finding. This “grass-roots” appeal to such a broad audience has underpinned the successful development of the sport in many countries.

An orienteering competition – usually referred to as an “event” – will usually offer classes for competition divided by age, but all sharing the same organisation, map, and infrastructure. Children begin to run at age 10 or under and step up a class every two years, and older competitors move to progressively shorter courses every five years through to 70-plus. For many, orienteering is a sport for life – sometimes three generations of the same family take part in a single orienteering event.

Scientific studies have confirmed that forest orienteering events have a remarkably light environmental footprint, with no significant lasting effects on wildlife or plants.

Using the map is at the heart of any orienteering activity. Originally, government-made maps were used, but since the 1960’s almost all competitive orienteering has used maps made specially for orienteering. Such maps are now produced not just for formal orienteering races, but also for informal training and for teaching purposes. In some countries, many schools will have an orienteering map made of their school grounds, or local park or sports fields, because an accurate, easy to handle, large scale map of a familiar area is ideally suited for teaching the basic skills of navigation. 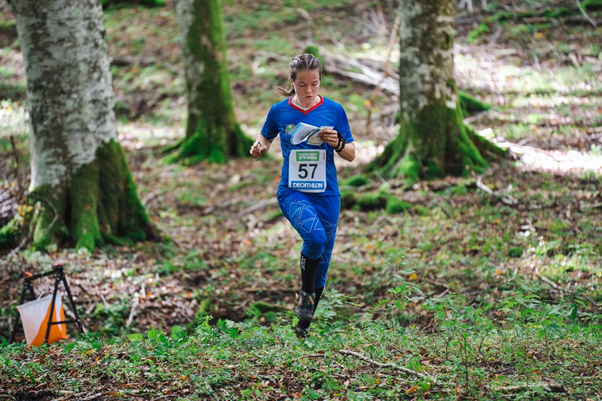