The first World Championships in orienteering were held in 1966 in Fiskars, a small village in the south of Finland best known for scissors, knives and garden tools. A lot can and probably should be told of the organisation that went into that event, e.g. that the venue was kept secrret until the morning of the race and the runners were driven by bus 100 km from downtown Helsinki directly to the start. 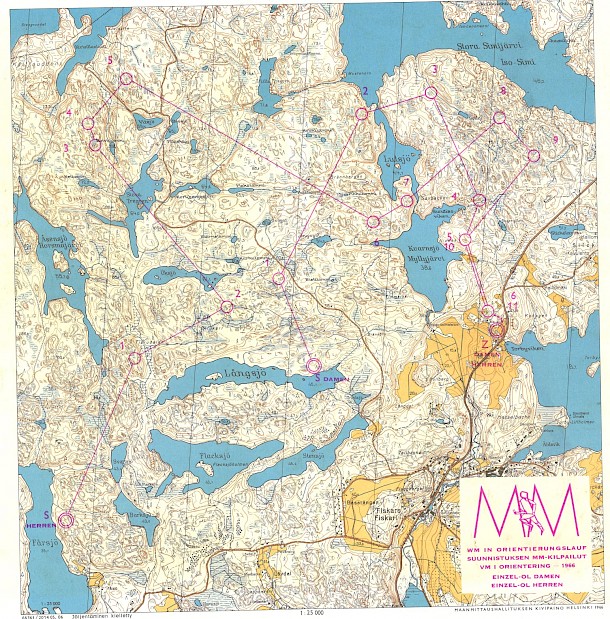 This past weekend, the Finnish long distance champs were held in the same village and the same forest. Two participants from 1966 returned, Juhani Salmenkylä (born 1932) and Anja Meldo (born 1945).

The organisers chose not to do a rerun of the of the old courses. While the forest as such probably hasn't changed that much, there are some new logging roads and a transmission line that make the old courses significantly easiers in terms of navigation. But also the change in mapping standard and other expectations required a change in approach. Over courses with sgnificantly more control points, Miika Kirmula won the men's 15.8 km with 1:26:19 and Merja Rantanen the women's 11.2 km with 1:14:09. That especially the women are faster today is illustrated by the winning time in the over 45 class with 50:10 over 6.8. km. Obviously navigation is also easier with a modern map.

Here you can see for yourselves, what the new map looks like and compare your percieved navigational abilities.